Leland sat on the sofa next to Luke with the biggest smile one his face. Lilly was on the floor atop the rug playing with some toys. “Can you believe it?” Luke asked him with a dreamy sigh.

Leland laughed, it was a gentle sound that he hoped wouldn’t disturb Lilly’s playing. “We finally got our girl.”

As if she knew they were talking about her Lilly looked up with the blackest eyes Leland had ever scene. Luke slid off the couch to the floor where Lilly ran up to him and sat in his lap. “I just want to eat her up.” Luke held her up and blew her tummy. Their new puppy wiggled trying to nip his nose.

Luke’s gaze slid to him. Those eyes looked him over once before a sly smirk appeared. “Tire her out and you can eat me all you want while she naps.”

Leland sat taller. “You’re on.” He got up to sit across from Luke on the rug and picked up a toy.

Lilly squirmed until Luke put her down and dove after the toy with a tiny growl. Leland laughed and tugged on the other end. “We’re doing that thing we read about.” He said nonchalantly.

“You mean the milking thing?” Luke’s voice sounded high like he was excited about something or someone grabbed him by the balls and squeezed (which could be in the near future).

Leland got down on Lilly’s level. “Oh, yes.” He spoke with a sugary voice that only seemed to come out when he was talking to Lilly. “That’s the thing. Oh, yes it is.” Lilly let out a mighty ‘ruff!’ and rolled over exposing her tummy.

“Oh man…” Leland glanced at Luke and did a double take. Luke had his hand down his pants cupping a very obvious bulge.

“Gotta tire the puppy out first.” He said like it was the most casual thing in the world.

Leland laughed and shook his head. He’d tire out their new puppy then he’d tire out his other puppy.

In Loving Memory of Lilly, my beautiful Maltese girl. 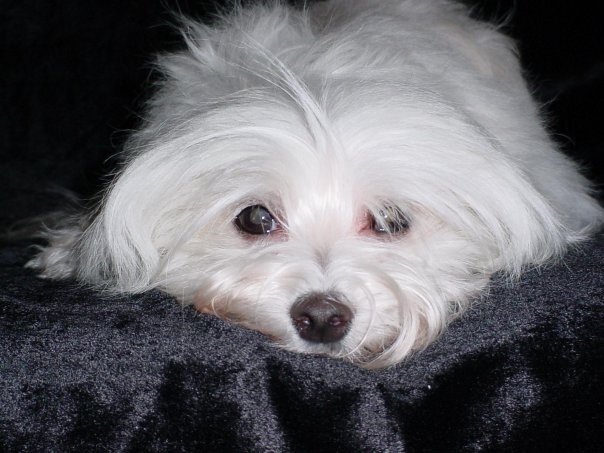 I am an author and press owner. The articles are posted, the writing is never done, the house is a mess. It's time for a nap.
View all posts by Lor Rose »