Last April I participated in the ever crazy A to Z Challenge. Basically the blog host/owner posts a new post everyday, with the exception of Sundays, and each day corresponds to a letter of the twenty-six English alphabet.

Last year I did a theme of M/M centered shorty mcshortshorts and received lots of positive feed back. This year I intend to do the same and hope everyone enjoys them as much as I do.

All of my posts can be found in the category “#atozchallenge“.

This little thing eats away at us no matter our profession. Did I calculate [whatever] right? Should I have done [this] differently? Maybe I should’ve emailed [name] about a certain procedure before handing in [project].

It happens to all of us and trust me authors are not immune.

I can’t speak for other authors but I can take myself for example. I often wonder if my writing is good enough. I’ll write something and think This is crap. It all sucks and everyone will hate it. I should just give up. This happens quite a bit honestly. I also ALWAYS think I take on more than I can manage. So far, I’ve managed just fine and only decided to shelf one anthology call (it didn’t speak to me like the others). My workload is still the same since I’ve added an anthology call since. So, not much has changed there.

I also think I’ve missed something, some crucial point in my characters’ lives, a missing piece that could make the story better. With a series I always worry I’ve messed up the timeline somehow.

Timeline worry is a BIG THING with me. So is making sure a world of mine is kept neat and tidy everything works together. Or you know, I don’t forget something crucial.

Distractions also make things… Difficult. My mind wonders to this that or other and sometimes it takes awhile to get back in to the groove of a manuscript and then I think Well, obviously I’m not meant to write it since it won’t flow. Which is wrong (of course).

Everything all translates into doubt. Self-doubt.

Thoughts of I suck at this, I shouldn’t do this, this makes no sense, why did I do that, no one will like this, I can already feel the bad reviews, everyone will hate this, make writing difficult but then I remember one thing.

I have five things signed with a publisher.

And then I feel better because if I sucked I wouldn’t have five things signed with the same publisher. That just wouldn’t happen.

I’ve come to the DUH conclusion (again for the billionth time) that I don’t suck at writing (although I do suffer from extreme misuse of commas and punctuation in general besides periods and question marks). I’m fucking fabulous.

There you have it. My wonderful Narcissistic Author Post.

What? I warned you.

The Trouble With Censorship

(Special Note: The following post was originally intended for a review blog here in the erotic romance community. While they originally agreed to host us during this mini censorship blog tour, they recanted the offer after reading the post and seeing the topics that surround the theme of censorship, citing that it wasn’t a good fit for their blog. Fluffy or moderate fiction is never censored, so this blog post, by necessity, takes you to the fringe, to the edge of the genre, where things get a little less comfortable. A post on censorship can do nothing less than tackle these themes, and we thank this blog for appreciating and embracing that. Without futher ado, please enjoy the post!)

As long as people have been writing things down, there have also been people trying to say what is and isn’t appropriate for people to read. When it comes to erotic fiction, this is especially true. What is permissible? What is too explicit? What is too kinky to be acceptable for a given audience? Do publishers need to warn or label their books a certain way, or are the themes simply unacceptable, even if they are labeled? Censorship is a topic that isn’t about to go away when it comes to fiction, especially fiction that in any way showcases the varied reality of human sexuality.

In my experiences, especially with our Fraternal Devotion anthology at Storm Moon Press, there are always going to be some people who don’t want to read your book. All of us at our press knew there would be a limited audience for our collection of brother incest short stories (duh), but what we weren’t prepared for were all the hurdles and hoops we would have to jump through to get the book out in print and distributed. Some distribution channels have strict rules about content, and they’re perfectly within their rights to work that way. The trouble comes when those rules are only applied to books the higher ups don’t like, rather than systematically applied to all titles containing the ‘objectionable’ content. When companies get into that tug-o-war situation, there are a few things that I wish they would keep in mind:

Oh, there will be a ton of debate on the role of fiction in shaping the minds of the public and being responsible or not responsible for the actions of people in reality, but when you keep it simple, the fact is that an act written in a work of fiction is, by definition, not real. Fiction provides a very unique playground in which many themes can be explored in relative safety. Taboo topics typically have a home in fiction, and that includes a lot of things that will push the boundaries of readers, be it incestuous content, harsher BDSM practices, or full-out non-consensual and dubious consent fiction. In the real world, such things would be looked down upon quite a lot (e.g. non-con situations would be rape, no ifs, ands, or buts about it), but fiction allows us to divorce the acts from reality and enjoy them in ways we definitely wouldn’t in the context of reality. Fictional acts cannot be judged in the same terms that those same acts in reality are. That would make the fiction real in a way it simply isn’t.

The Market Typically Regulates Itself

When it comes to ‘questionable material’ in fiction, it strikes me as interesting that companies state there is no market for it, and then pull it from production. Pulling it from distribution wouldn’t be necessary if there was no market for that fiction, right? I think the fear is that there is a market for the fiction that some people find inappropriate. The flip side of the statement ‘There will always be someone who dislikes your work’ is that there will also always be someone out there who does like your work. The fear that there are readers who enjoy content others don’t is sometimes what keeps books off the shelves. The trouble is, there is a legitimate market for many of those topics. Incestuous content, as an example, is a legitimate kink in the fiction community. You see a lot of daddy-daughter kink (Big and little play when it comes to role-playing) in the het erotica community. And twincest kink has been popular for a long time (I first became a fan in the context of anime and in the Lord of the Rings fanfiction community). There is a market for books like Fraternal Devotion.

The logical move for companies is to simply let the market regulate itself. If there is truly no market for the fiction that is provided by publishers (or even self-published authors who put their work out all on their lonesome), then no one will buy the book, no hype will be generated, and those authors won’t make money off their work, which for some, will be enough of a deterrent to writing more fiction like it in the future. If, on the other hand, there is a market for the kink or taboo that some find ‘objectionable’, then the fiction will find that market, and those who don’t like it will usually ignore it. The market drives itself. Those who don’t like the material in a book (assuming it is clearly labeled as having said material) will usually not bother buying, and that’s just as well. Most writers don’t want people to buy their book when those people know right off the bat that they won’t enjoy it. Let the books find their audiences or let them fade into obscurity.

Every company out there has its own set of rules. When it comes to distributors like Amazon, Barnes & Noble, and All Romance eBooks, they all have rules against specific topics being included in the fiction that they distribute. This is normal. This is perfectly acceptable. The trouble is, these rules are very seldom imposed consistently across the board. Incest is permissible if it is non-consensual, forced on siblings or other family members in extraordinary circumstances, an extension of torture, etc. Non-consensual is fine, but the minute you have two siblings consenting to having sex with one another, then people freak out and demand it be censored. Rape and violence abound in erotic fiction as well as other genres like suspense/thriller and horror. All manner of torture is allowed in graphic detail, but that consensual golden showers scene? Oh, that’s just going too far.

That’s a lot of legit, and it makes me sad that so many distributors of fiction don’t keep an open mind and try to be inclusive of fetishes, kinks, and taboo topics, things they might not completely understand but at least could see have substantial audiences if they took an honest look. The refusal to carry such titles when there’s no reason that stands up to scrutiny means they’re censoring.

But only titles that freak the mysterious ‘them’ out.

Luckily, there will be publishers who keep their doors open to the taboo and the unusual. Tentacles, incest, non-con… Those sorts of themes might not have the huge audiences that your traditional romance novels have, but they still have audiences, and I hope that those audiences manage to get their hands on the books that they love, even if they have to go through unconventional distributors or through the publishers’ websites. It might not be the most convenient thing, but it’s what we have at the moment. We can only hope that legitimate kinks are treated more fairly in the future.

K. Piet is the Marketing Director of Storm Moon Press and author of  Making Ends Meet and ‘On the Edge’, which is included in the Fraternal Devotion anthology. She can be found on Twitter @k_piet or on her blog. 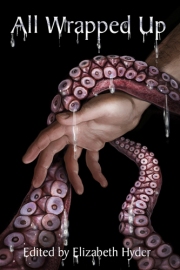